Gamble.net Sports Betting How to Bet on Formula 1

How to Bet on Formula 1

Formula 1 betting is as fast and exciting as the sport itself, which criss-crosses the globe over the course of a season, bringing with it the glitz and glamour of fast cars and popping champagne corks. It is noisy, exciting and full of thrills and spills as these hugely expensive machines hurtle around tracks at speeds of up to 240 miles per hour.

Formula 1 has been in existence since 1950, with the first race taking place at Pau in France. A month later, Silverstone hosted its first world championship race. Nowadays, it is truly a big business, raking in £1.1 billion annually. The two biggest teams, Red Bull and Ferrari, are said to have budgets of £250 million each.

Where to Bet on Formula 1

You can bet on Formula 1 at most sportsbooks, with William Hill offering a good amount of markets for the sport. 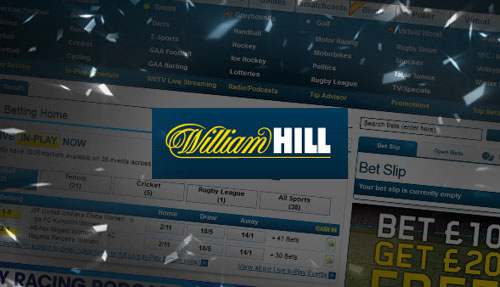 You can bet on the winner of a race, or even for a driver to finish with a place on the podium (i.e. in the top three). If you are less certain of the driver’s capabilities, you could back them for a top six finish. Before qualifying you might like to stake on who will achieve pole position (the best place at the start) on the grid, and you can also try to predict which competitor will record the fastest lap during the race.

Match bets can bring a bit of fun to a tussle in the middle of the pack, with bookies picking two drivers, leaving you to choose who will finish first. In addition, there are two world championship winners for you to try and anticipate, with both the drivers’ and the constructors’ titles on offer every season.

Knowledge of the individual racetracks will help you when it comes to wagering, with position on the starting grid making a huge difference at some venues and very little at others. It is notoriously difficult to overtake at the Monaco Grand Prix, so backing someone at the back of the grid for a win might seem like a waste of a stake. However, only a third of drivers who start in pole position at Montreal end up winning, showing that races there can be a lot more fluid.

The weather can change a race completely, with those less used to driving on rain tyres struggling when the conditions turn. It is worth doing a bit of research into the weather for race day as well as how drivers have coped with the expected conditions in the past.

You should be aware that Formula 1 teams have strategies that can affect the outcome of a race. They may have a lead driver, whose teammate will be instructed not to overtake, but rather to protect him. Knowing who is who will help you avoid betting on a racer whose orders dictate will never take the chequered flag. Mark Webber was famously instructed to avoid attacking teammate Sebastian Vettel by his bosses at the Red Bull team, although the Australian was far from happy with the situation!

The quickest qualifier is not always an indicator of who will record the fastest lap on race day. In fact, this only happens in about a quarter of all cases, certainly nowhere near enough to represent a certain bet.