Gamble.net Sports Betting How to Bet on Tennis

How to Bet on Tennis

According to statistics from the UK Gambling Commission, 24 percent of all sports wagers made in the country between October 2014 and March 2015 were made on tennis, putting it in second place behind football and well ahead of horseracing. Tennis betting is popular around the world, with punters wagering on a wide range of markets as they are inspired by players engaged in fierce contests showcasing incredible levels of skill, power, strategy and fitness. This truly global game has produced a long line of legendary champions and continues to keep fans in thrall to the action wherever it may be.

Where to Bet on Tennis

Check out the following online sportsbooks for a great range of tennis markets: 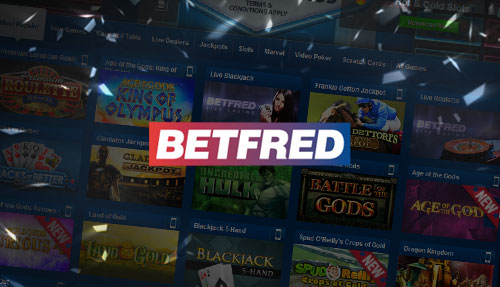 Punters can delve far more deeply in tennis than simply predicting the winner of the match, with some common bets including the total number of games that a match will last, what the score will be in sets and wagers on the exact score in particular sets. It is also sometimes possible to bet on the order in which sets will be won; for example, you could wager that Player A will win a match 2-1 after losing the opening set.

In-play betting adds markets such as which player will win the next game or the current set, while there are also bets available on who will hit the most aces, fewest double faults or fire down the fastest serve.

Tournament bets can be made on the outright winner, naming the finalists and also forecasts, where punters predict who will be champion and who will be runner-up. Grand Slams also sometimes offer markets on which player will come through a particular quarter of the draw, while other wagers can be made on individuals vs the rest of the field, i.e. whether one particular player will win or anyone else in the competition will win.

The big tournaments can be bet on well in advance, while there are often specials on high-profile stars such as Andy Murray or Novak Djokovic, perhaps relating to how many Grand Slams they will win the following year or whether they will win any of the four such events available.

As with any sport, a good understanding of tennis will generally result in a better chance of betting successfully, but there are still a few handy tips that might be worth considering. One is to bear in mind the tournament you are betting on, as top players are more likely to perform well and avoid early shocks in big events such as Grand Slams. One reason is that the seeding system will keep higher-ranked players apart for longer, while men’s matches are also played out over five sets rather than three, so there is more of a chance for proven performers to come through and win. Also, the level of motivation may not be quite so high at a lesser event, increasing the likelihood of an upset.

The type of surface is also absolutely critical in tennis betting, as well as the contrast in playing styles between two competitors. Some players are better suited to grass, while many prefer hard courts and others like clay. Gustavo Kuerten, for example, won the French Open in 1997, 2000 and 2001, but struggled away from the clay and never got past the quarter-finals at any of the other Grand Slams. Breaks of serve are less common on grass, so there can be more surprise results and players with powerful games can be worth backing to topple more illustrious opponents. Also, when predicting the exact score in games, matches on grass are more likely to be higher scoring.

It can be hard to find good value in individual match betting, so tournament outrights can offer a better return. Even though there is great strength in depth in both the men’s and women’s games, traditionally players do dominate for periods of time and in 2015 both Novak Djokovic and Serena Williams won three of the four major tournaments. Assuming that neither Djokovic nor Williams started any Grand Slam at odds as short as evens, even though they both missed out on one, betting on them individually at each event would have reaped a considerable reward.