Gamble.net Casino How to Play Roulette

How to Play Roulette

The roulette wheel is one of the most iconic features of a casino and provides players with the opportunity to enjoy a thrilling game that is easy to understand. French for “little wheel”, roulette as it is played today dates back to the late 18th century, with a rudimentary version of the game even introduced by the mathematician Blaise Pascal in the 1600s. The history of roulette adds to its allure and the game continues to attract punters both online and in land-based venues, going from strength to strength in the digital age.

Where to Play Roulette

Roulette is one of the world’s most popular casino games and can be found at venues across the UK, including the Grosvenor Victoria Casino in London and Grosvenor Casino in Birmingham, both of which also offer electronic roulette.

You can play roulette online at sites such as William Hill Casino, where there are a range of options including both American and European roulette, multiplayer roulette and even video roulette. Play for free if you just want to have fun or sign up and bet real cash to try and beat the house!

Roulette involves betting on which segment of a roulette wheel a small ball will fall into. In each round, the wheel will be spun one way and the ball the other way, before it eventually drops into one of the various little pockets, which correspond to a different number from 0 to 36. The segments alternate between red and black and the numbers are ordered in a set random sequence. Going clockwise, the numbers on a standard European roulette wheel appear in the following order: 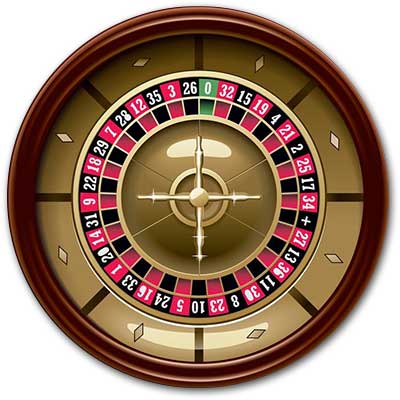 American Roulette tables use a different sequence and have a 00 section in addition to a 0 segment.

Players bet by placing chips onto a specially designed board, which is laid out to show all the different numbers as well as various other wagering options. These wagers can be divided into Inside bets, which are placed on the numbers themselves, and Outside bets. 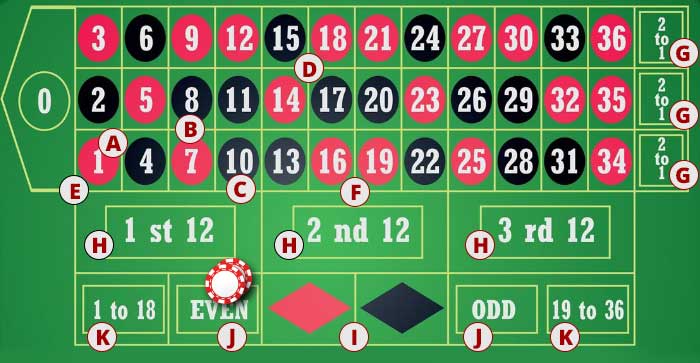 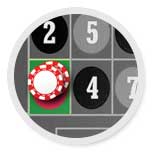 Betting on a single number. The payout is 35:1. 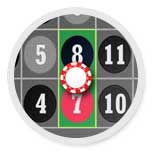 Betting on two adjoining numbers, either vertically or horizontally. The payout is 17:1. 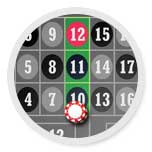 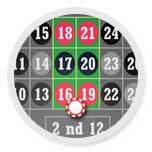 These bets are placed on the perimeter of the board and include: 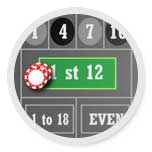 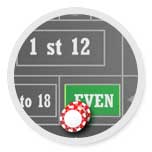 Placing a bet on whether or not the roulette ball will fall into an even or odd-numbered slot. The payout offered is 1:1. 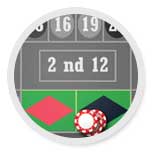 Placing a wager that the ball will fall into a black or red slot. The payout is 1:1 and neither 0 nor 00 count for the purposes of the bet (as these spaces are green). 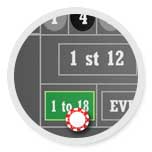 In European roulette, two additional bets are sometimes offered: La Partage and En Prison. La Partage comes into play when the ball lands on the slot for zero, with players who placed even-money wagers receiving half their bet. This reduces the house edge considerably to just 1.35 percent. With En Prison, a player’s bet is placed “in prison” when a ball lands on zero, with the dealer putting a marker over the chips. Another spin is made, with the player getting their original bet back should they win, but losing their wager if the ball lands on zero again.

On the whole, the house edge in roulette comes from the presence of a zero on the wheel. The odds of a straight bet, for example, are 1 in 36 rather than 1 in 35. Even money bets are not quite a 50-50 chance either, as the ball could drop into the zero section. In American roulette, when there is also a double zero pocket, the odds are slightly worse.

Some venues may offer a number of side bets, referred to as French bets, which provide a bit of variety to European roulette:

It is important to realise that you are only allowed to place bets at certain times. The dealer will announce when it is time to put down your chips and you should respond in a timely manner. It will then be announced that there can be ‘no more bets’, and at this time you will have to wait if you have missed your chance.

After the wagers have been placed, keep your hands away from the table and make sure not to touch the bets. The roulette area of a casino can become quite excitable, but remember to behave in a polite and civilised way, respecting staff and other players alike.

Every player receives a different set of chips which can only be used at the roulette table. Once you have finished playing, you can ask the dealer to exchange your roulette chips for casino chips, which can be cashed in at the cage.

Devising a winning roulette strategy is a challenge that many fans of the game have tried to master over the years, and lots of players have enjoyed short-lived success. However, as with any game of chance, the odds are tilted in the casino’s favour and no system is unbeatable. It is best to view a visit to the roulette table as a fun experience rather than a way to make money, and never bet what you can’t afford to lose.

Straight bets offer the biggest rewards, but the wagers with the best chance of success are even money bets such as red or black, which give you a near 50-50 likelihood of winning. European roulette offers better odds than American roulette if you have a choice between the two. Popular roulette strategies involve even money bets and include:

The Martingale System - A preferred strategy for many players and the easiest to follow, the Martingale system suggests that when you lose a bet, you follow it up with a wager that is worth double the last bet. For example, you might bet £5 and lose, then £10 and lose again, but if your third bet of £20 wins, you have recouped your losses as you would have spent £35 and won £40. The theory may sound fool-proof, but the stakes soon start to escalate on a losing run and nobody’s pockets are infinitely deep.

The Labouchere System - Otherwise known as the cancellation system, this theory revolves around a player going to the casino with a pre-determined goal to make a certain amount of money. They will then write down numbers which add up to the profit aim they have set for themselves, and start with a bet which is equal to the first and last numbers written down. If the wager wins, you cross off the first and last numbers on the list and use the first and last numbers that are remaining to work out your next bet. If the bet loses, you add what you have just lost to the end of the list and start again. For example, if a player has set out to make £10 and written down the numbers 1, 2, 3 and 4, a number of different scenarios could unfold, including:

Like the Martingale System, the Labouchere model works in theory but has the same drawbacks, as a losing run will soon start to leave a player short of cash.

The Reverse Labouchere System - The idea works along the same lines as the Labouchere System, except that players increase their bet when they win, rather than when they lose. The driving force behind this theory is Norman Leigh, who wrote the book Thirteen Against the Bank about the exploits of a group of players, including himself, who bet on six even money bets at the same time.

A term used in American roulette to describe the device used to mark the winning number on the felt. In European roulette, the croupier typically uses a stick.

If the ball lands on zero when a player has made an even money bet, a marker is placed on the wager, cutting it off from the action. Another spin is made and if the player’s bet wins, they receive their payout. If not, they lose. En Prison is not offered at all casinos.

Supplementary bets that can be made on groups of numbers on the roulette wheel.

Wagers made on the inside of the layout, such as straight bets on a specific number or split bets on adjoining numbers.

Offered for even money bets, La Partage is offered in some casinos and gives the player half their outside bet (high/low, black/red and odd/even) if the ball lands on zero. La Partage is not offered at all casinos.

Visit the Casino Glossary to find out more about some of the terms which you might come across when playing roulette or other casino offerings.